Supplemental Wage Program: A Government admission they would pay us all less if it wasn't for this darned pandemic?

The Government of Saskatchewan, in partnership with the Government of Canada, introduced a temporary wage supplement of $400 for each four-week period, up to 16 weeks, for the period from March 15, 2020 to July 4, 2020.  To be eligible, a worker must earn a wage less than $24.00 per hour at an eligible essential care facility, in the four-week period for which the worker has applied for the supplement. 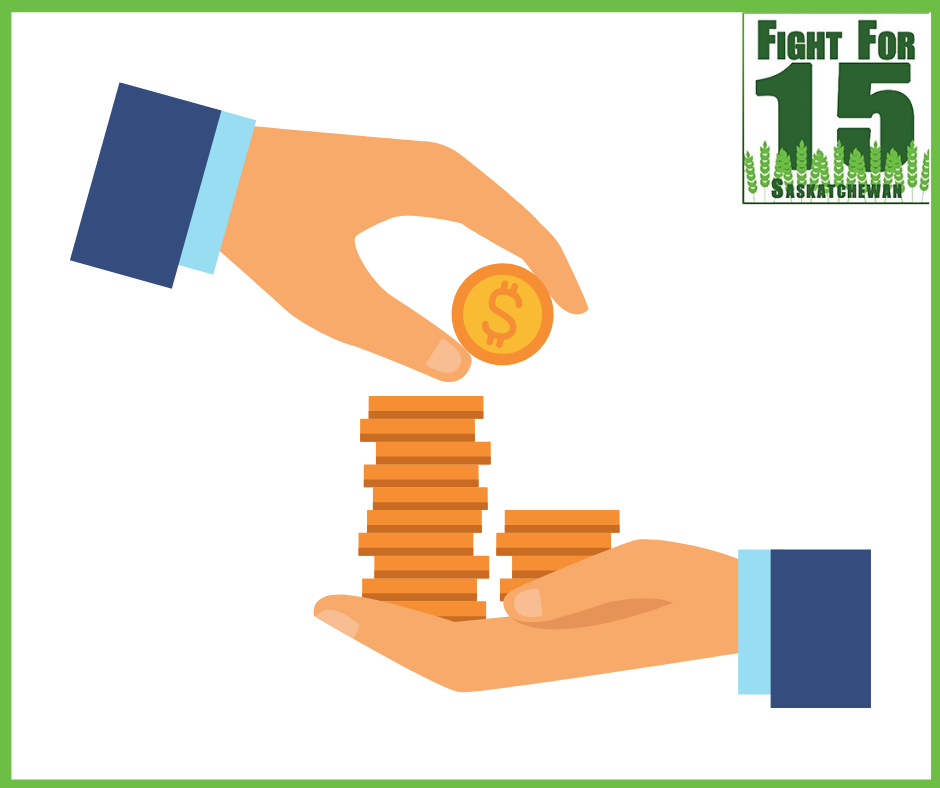 An eligible worker must also have total earnings less than $2,500, including earnings from work outside an eligible essential care facility, in the four-week period for which the worker has applied for the supplement. Aside from confusing people with its numerous, somewhat contradictory criteria, here is why we think this amounts to the Saskatchewan Government saying "We would pay you less if it wasn’t for this darned pandemic".

This is limited to essential care industries only. This begs the question why? Well if you look at the trends in wages in frontline "essential" customer service, you see a lot of weird pay arrangements like "hazard pay" and "pandemic pay" being thrown around. In many cases, these pay arrangements act to increase starting wage rates above $15.00 per hour.

These jobs suddenly become attractive to those working 2 or 3 jobs in "essential care facilities". The careful regime of cheap, precarious labour that had been built by years of creeping privatization in long-term care was at risk of crumbling. The government began to realize they can't just tell those workers to quit or just find a new job like they do other precarious, low wage jobs in the frontline service economy.

Healthcare unions were making strong arguments. When practically every other labour pool began to earn things like "hazard pay" and "pandemic pay", it wasn't long before healthcare workers were asking the ever obvious questions as the labour force who would undoubtedly be our ground force in the fight against Covid-19.

Healthcare unions like SUN, CUPE, SEIU-West, HSAS and SGEU began pointing out that their members' safety wasn't for sale in exchange for a few more dollars called "hazard pay". They pointed out that the word the Saskatchewan Government has relied on for over a decade, "competition", would mean that the Government should now step in to offer healthcare workers added incentive to keep working in healthcare during the pandemic.

This argument was bolstered by the downward trend in available fulltime positions in healthcare and the growing trend of healthcare members working 2-3 jobs to compensate. This Supplemental Wage is nothing more than an acknowledgement that the situation in essential care industries in Saskatchewan is perhaps too precarious and that there is a real risk of losing much needed labour to other industries. Will $400 be enough if this crisis escalates?

Precarious work arrangements means care industry take-home pay won't take you home. A full-time worker would need to earn a maximum of $15.63 per hour in order to qualify for this program.

In a gentle acknowledgment that Government has transformed healthcare into part-time and casual precarious work, they've introduced another criteria to fix this by including those earning under $25.00 per hour in general… but your earnings must fall short of the “market basket measure”, a fancy term for our measure of absolute poverty relative to the cost of goods and services.

To put that into perspective, the monthly cap translates to approximately $30,000 a year, which is more than $7500 per year below the Canadian absolute measure of poverty. Who would have thought that in our era essential care work would be treated so poorly?

This is a serious risk. Maybe we shouldn't be telling workers who we may end up relying on to save our lives that they are not worth earning poverty level wages to begin with! What's worse is that the Government plans to take this away in the chance we escape the pandemic scenario, and these workers will be faced with earning $400 less!

This fund is earmarked for those in essential care industries, and particularly those in precarious, underemployed work situations. For nearly a decade, the Saskatchewan Government has pushed healthcare industries into this situation.

Lean management practices, privatization and de-skilling has now resulted in a situation where we require a skilled health workforce that was thrown to a pack of wolves years ago. The new supplement is nothing more than an admission that when times are good, care workers, especially those in the private sector, exist for profit.

The limits that the fund put in place also tell those care workers that don't qualify that while their risks at work have increased and we call them heroes, they are just as underappreciated as they were before and they should be lucky they don't qualify for added help. There is a healthcare worker shortage and this treatment leaves one questioning if the Government seriously thought we wouldn’t notice (or question) their attempt to cover a long-festering wound with such a tiny bandage.

Or with your Email Address

Please check your e-mail for a link to activate your account.